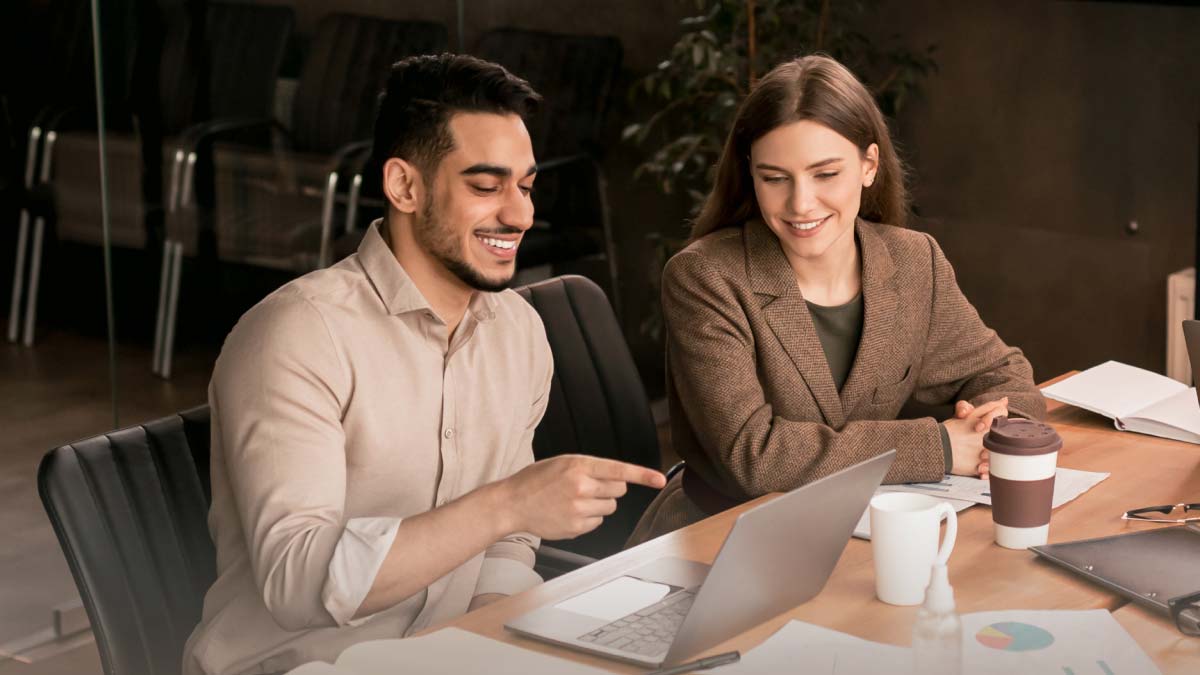 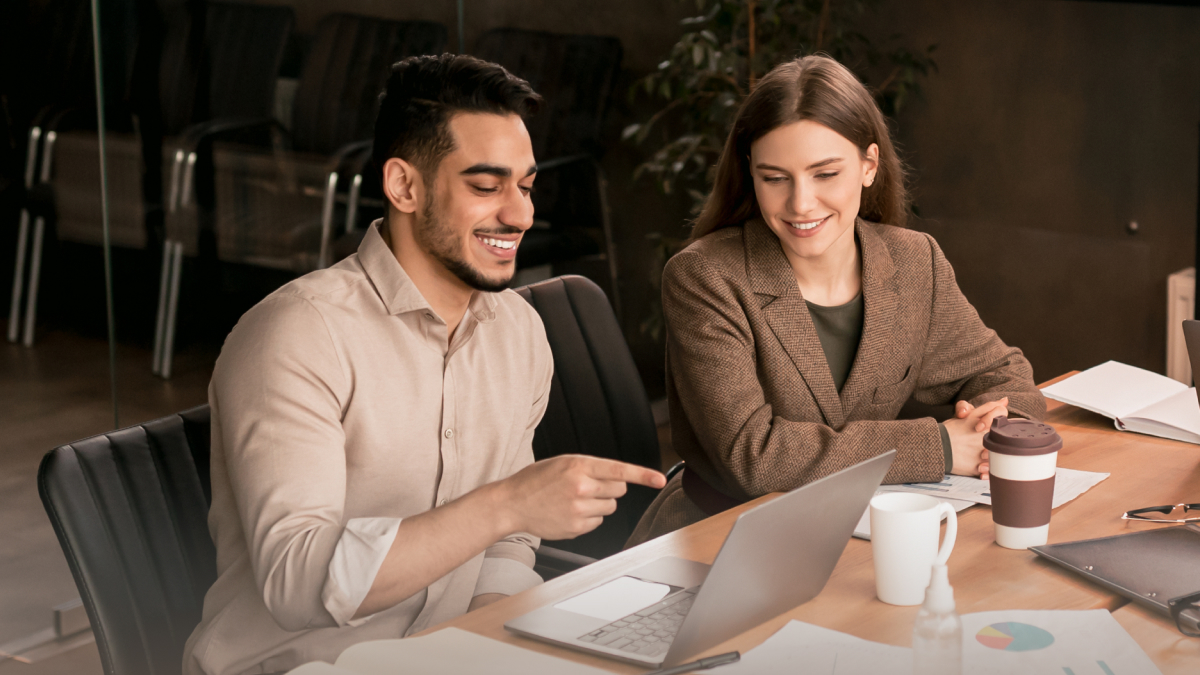 The Frontiers Fight Back: How Companies are Defying the Odds and Beating back Big Tech 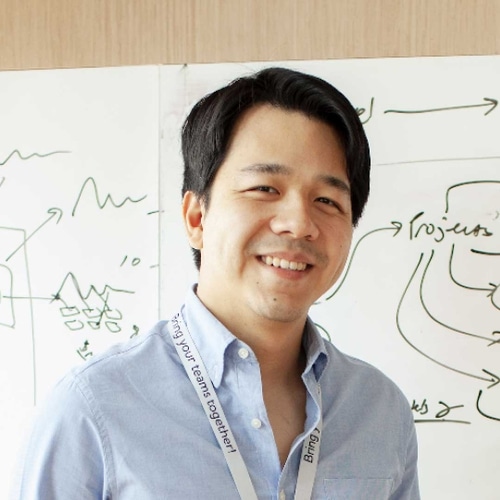 At the start of 2011, just two of the ten largest companies in the world, based on market capitalization, were technology companies.

Today, all but one in the top ten are technology companies. The pandemic, it would appear, has only accelerated the growth and dominance of large technology companies. Yet, there are signs that it is becoming increasingly difficult for big tech companies to expand their borders. From Disney’s rapid gains on Netflix to Walmart’s online sales growth outstripping Amazon and IWG’s takeover of a WeWork space, companies are pushing back against big tech. In Scandinavia, the largest e-wallet platform is backed by local banks, leading a battle against PayPal, while traditional Italian goods producers are rapidly growing their online sales. Wherever we look, it’s clear that companies of all sizes are holding their ground against big tech, and carving out their own prosperous kingdoms within the digital economy.

Throughout the 2010s, the largest technology companies expanded at an unprecedented rate, much of that expansion was unoccupied territory: Annual smartphone sales grew almost 10 times, tablets and smartwatches came from almost zero, the sharing economy was born, and the list goes on.

By the end of the decade, technology companies had accumulated so much power and dominance that the G-7 led 130 countries into signing a global tax agreement designed to target big tech. In the United States and other countries, breaking up big tech has become a major political agenda and slogan.

Though there are numerous factors that led to the dominance of big tech companies, it's safe to say that a significant number of sectors within the technology industry are “winner takes all” sectors. While there could be hundreds of telecom companies, TV channels, and supermarket chains around the world, there can only be a few Instagrams, or Microsoft Offices, or Amazon.com’s. Indeed, it was simply too difficult to build software or tech products that came close to the experience and quality provided by the largest tech companies.

Big tech, led by “the big five” pushed their frontiers further and further in their quest for growth. The big five pushed into everything from media and payments to watches, retail, and gaming. They were followed by other giants like Netflix, who pushed into content production, Ant Financial into consumer lending, as well as investors such as Softbank who have funded big tech expansion into traditional industries such as parking and office spaces.

The pandemic has, to many analysts, only strengthened and boosted the power of big tech, yet, there are clear signs that the pandemic has actually accelerated a trend emerging even before the pandemic: A growing ability of companies of all kinds and sizes to launch great digital products and fight back.

High-quality digital products, websites, and apps were once a rarity, building good apps and websites was much more difficult than they are today. Before, it was incredibly time-consuming and difficult to build an online store experience that made shopping fun and easy. Today, customers can have professional online stores up and running in minutes with services such as “Shopify”. Even a simple task such as building search inside a mobile app or website was a difficult one to do well, but now, there’s “Infrastructure as a service” (IaaS) companies such as “Elastic NV” that provide that component for you. Between IaaS companies, evergrowing open-source libraries,  and other “component” products such as SDKs and APIs, it has become easier than ever before to launch great digital products.

It’s akin to building a house. Historically, one may have had to design and build the sink, toilet, kitchen, piping, or roof yourself, a difficult undertaking. Today, there are companies that make all those products and components necessary to build a much better house, kitchen, bathroom, power systems, etc... IaaS, SDK, and API companies do the same for digital, providing all the components for building great websites, digital products, and apps, especially the parts that are next to impossible to build yourself.

Beyond the maturing of IaaS, SDK, and API products, there is, of course, the rise of cloud services provided by Big Tech themselves: Amazon AWS, Google Cloud, Alicloud, and Microsoft Azure, to name a few. The proliferation of these platforms and their add-on services mean that launching and powering impressive service uptimes and response speeds is no longer in the hands of big tech.

Combined, all these advancements have significantly shrunken the gap between big tech and everyone else. Building and providing high-quality digital experiences is no longer as difficult nor as expensive as it once was.

Necessity as the Mother of Evolution

When people talk about Climate Change, they often use the metaphor of the boiling frog. If the water temperature rises slowly, the frog simply won’t notice until it’s too late. Indeed prior to Covid, it’s very likely that many companies would not have digitized quickly enough. The Walt Disney Company, for example, was quite content with the income it made from cinema releases, had it not been for Covid, it had originally planned to reach 60-90 million subscribers on Disney+ only by 2024. Instead, with the sudden closure of theaters worldwide, Disney+ became the only real outlet for content, and the demand suddenly surged. They passed the 100 million subscriber mark early in 2021, well ahead of the original 2024/2025 target. Indeed, this effect and transformation can be seen in millions of businesses around the world as Covid made digital transformation a matter of survival for so many.

According to McKinsey, Covid accelerated the digitization of customer interactions by 3 years globally while the share of partially or fully digitized products was accelerated by a staggering 7 years, and as much as 10 years in the Asia-Pacific region. For the first time ever, a majority of customer interactions and products offered by companies are digital or partially digital in nature. According to McKinsey, executives also reported that digital transformation to support customer demand for online services took an average of just 22 days to implement instead of the 585 days predicted prior to the pandemic.

As an IaaS/SDK/API company, Amity has worked with many clients who are rapidly transforming their business. Indeed, one of the most impressive examples being AirAsia, Southeast Asia’s largest budget airline. Like airlines all over the world, Covid impacted them severely. Unlike most other airlines, however, AirAsia took it as an opportunity to completely re-work their business with the goal of becoming digital in nature: They launched a social network for travelers on their main app, food delivery, ride-hailing, and travel booking services.

By no means, however, is Big Tech going anywhere soon, there is little chance of any competitor taking on their core products: From Microsoft Office and Zoom to WeChat and DocuSign. Indeed, displacing big tech with smaller upstarts or traditional offline companies isn’t the goal or desire of any of the numerous governments looking to better tax and regulate big tech- they simply wish to prevent monopolies that ultimately stifle competition. Governments of the world don't want to see just a handful of empires ruling over the digital economy, but rather a vibrant one where anyone can build a prosperous kingdom.

Indeed, it would appear that the key to success in this brave new economy is focus and quality. Firstly, a company must aim to focus and serve an underserved niche, perhaps the whole, or a subset of, a company’s customer base. Aiming to compete directly with big tech for large swathes of the market is incredibly difficult. Secondly, quality, higher quality service, and product for a company’s targeted niche will allow them to fend off competition.

Traditional news & media outlets are especially strong examples of the successful deployment of these strategies. There are countless articles and content predicting the doom of newspaper businesses, as well as those questioning if they could possibly adapt to digital. Indeed, for some time, it didn’t appear as if any of the newspapers were capable of building a good app that people would use for themselves, let alone use these specific apps over aggregators like Apple’s “News” app or others such as Flipboard. Yet, these gloomy predictions have been proven wrong and traditional media and print are becoming more profitable than ever before.

The New York Times bet that people were willing to subscribe to their content based on the quality of its content over “free media”. Indeed, coupled with a high-quality mobile app, The New York Times reached 7.5 million digital subscribers in the year ending 2020, having added a staggering 2.3 million digital subscribers in FY, 2020. The Financial Times too launched an app that now carries over a million downloads and a 4.5-star rating on Google’s Play store, it counted over 1 million digital subscribers prior to the pandemic and at $372 - 600/year/subscription, its digital business could be counting $400-500 Million in annual revenues. Both businesses also serve a specific niche, indeed, a vast majority of the population will probably never pay a considerable subscription for news content, or, in Financial Time’s case, business journalism.

In the local TV and cable televisions industry, the same sort of doomsday scenarios were spelled out as the likes of YouTube, Netflix, and other streaming services rose. All over the world, however, local content producers and traditional TV businesses have pushed back. By focusing on local content and catering to their customer bases, they are able to build kingdoms that are difficult for big tech to replicate. Netflix quickly realized this and instead have taken a partnership approach, purchasing local content. In Thailand, one of Amity’s clients, True, has managed to transform their cable television business into a thriving streaming & media app with over 12 million active users. They have even gone beyond Netflix by working with Amity to integrate social and chat into their media, allowing users to form chat groups and communities around local TV shows and content.

While the 2010s were all about hyper-growth unicorns and big tech growing ever larger, the 2020s may just be about the little guys and the comeback kids. Indeed, it was big tech’s inventions such as iOS, Android, and their respective App Stores that helped to really help huge swaths of the digital economy. The combination and timing of the rise of Open Source, IaaS/SDK/API businesses, and cloud platforms (Led by big tech itself), has really helped to level the playing field. While a more level playing field was important, it's difficult to understate that the pandemic really forced many businesses into digitizing, and as the saying goes, whatever doesn’t kill you makes you stronger. Businesses across the world are now in much better shape to carve out their pieces of the digital economy and help keep big tech in check, and the digital economy as a vibrant and competitive world. 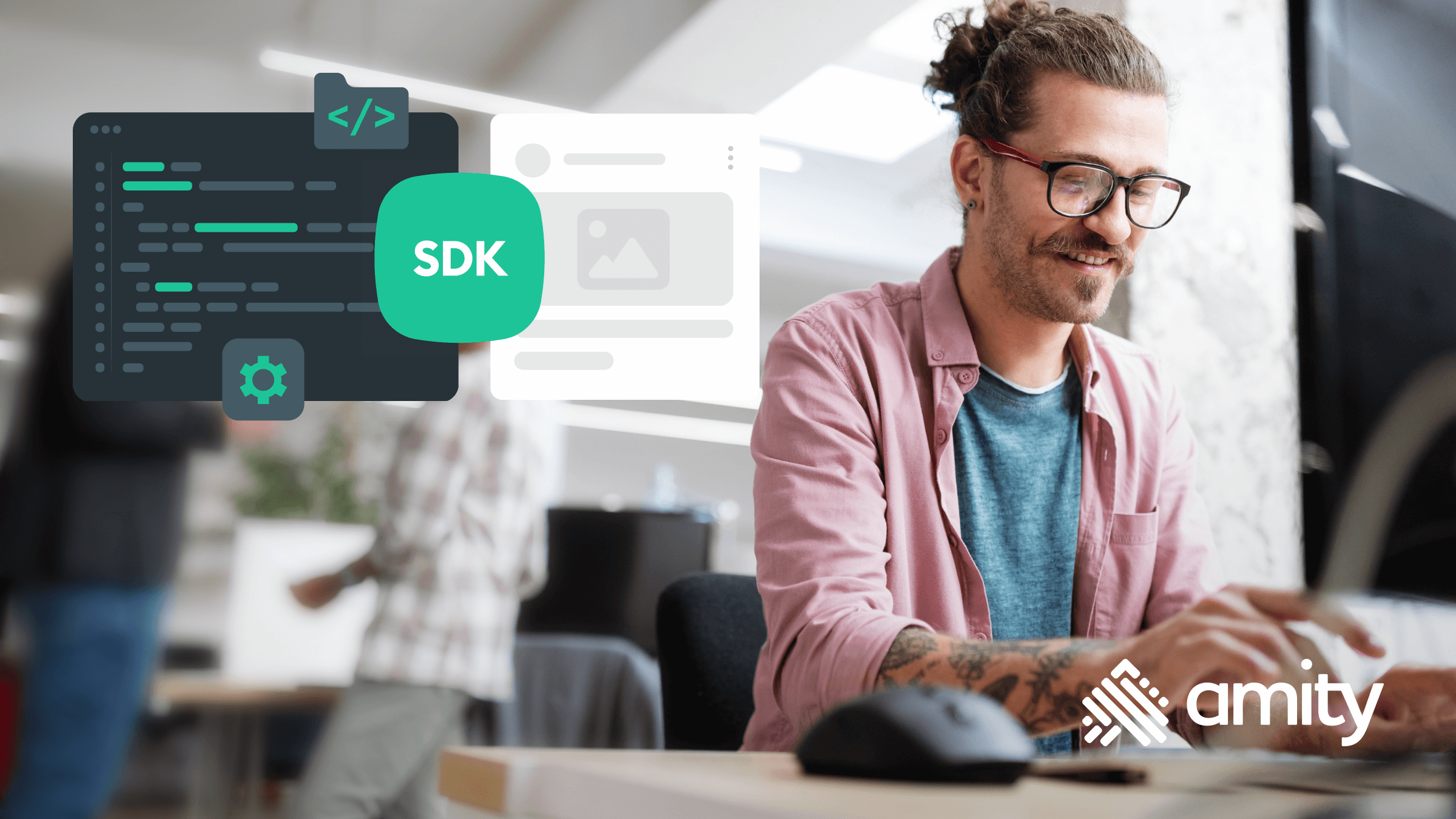 Selecting the best social SDK for your app 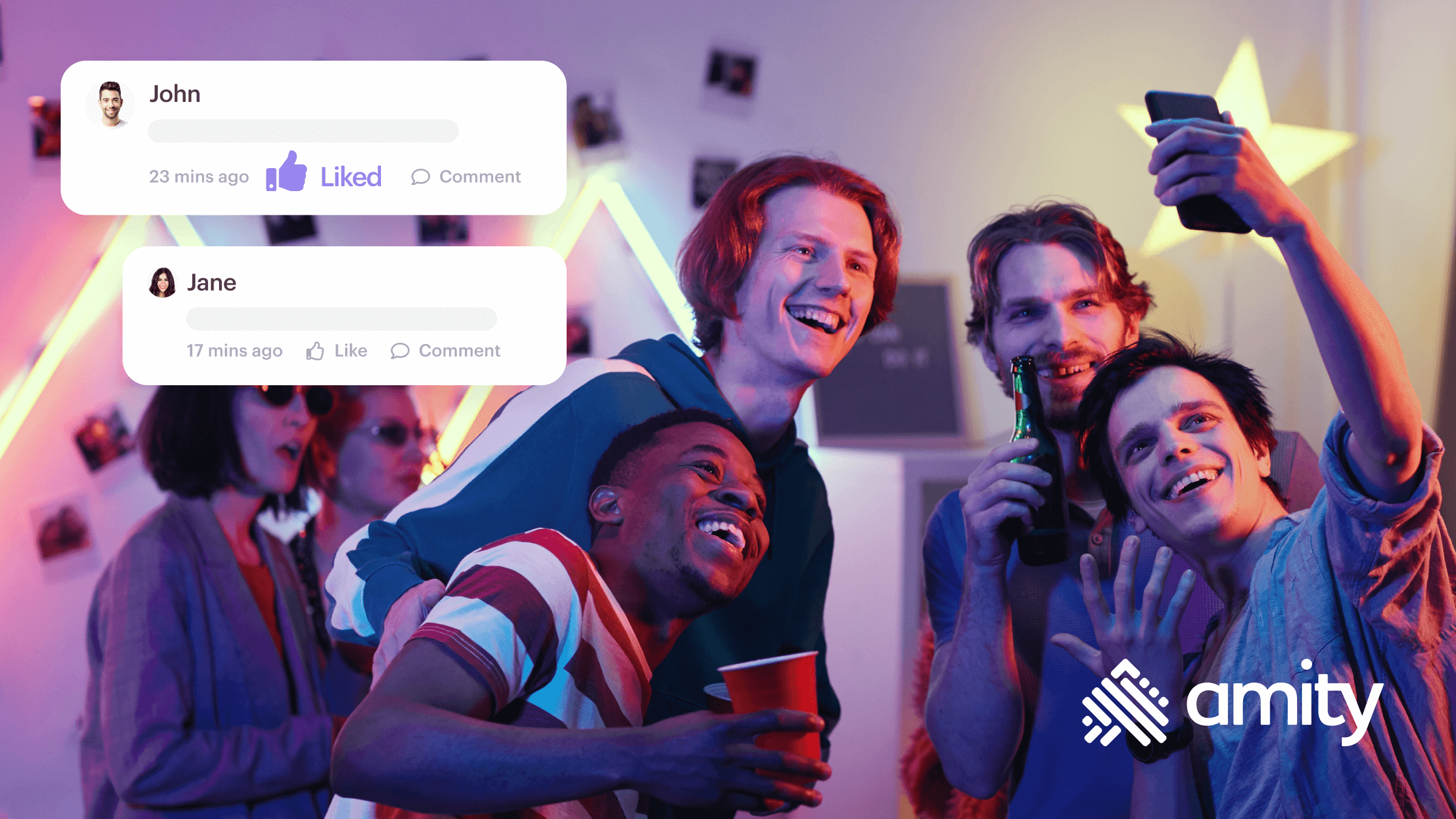 What is social+ and how can it help your app succeed? 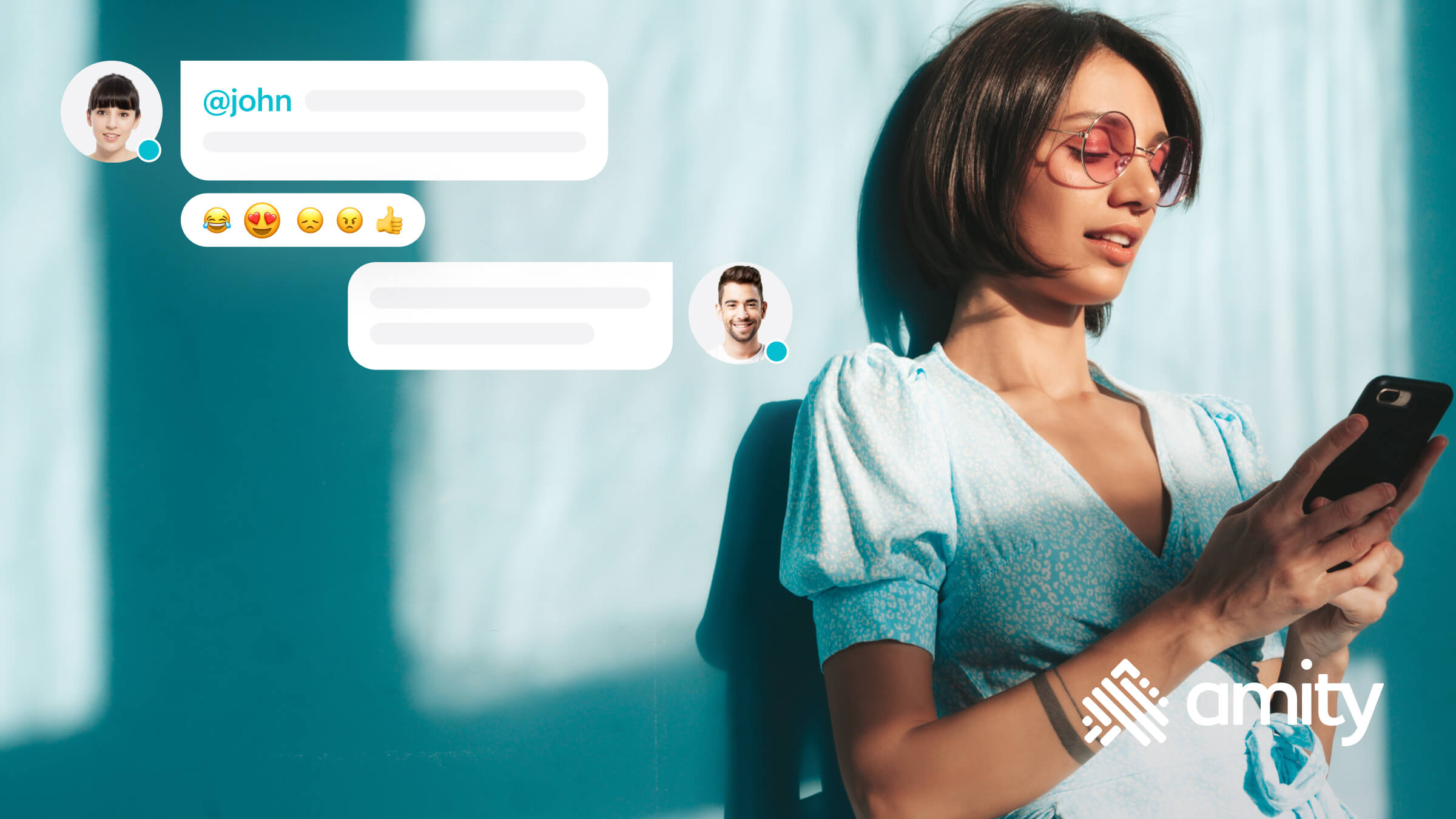 Selecting the best chat APIs & messaging SDKs for your app 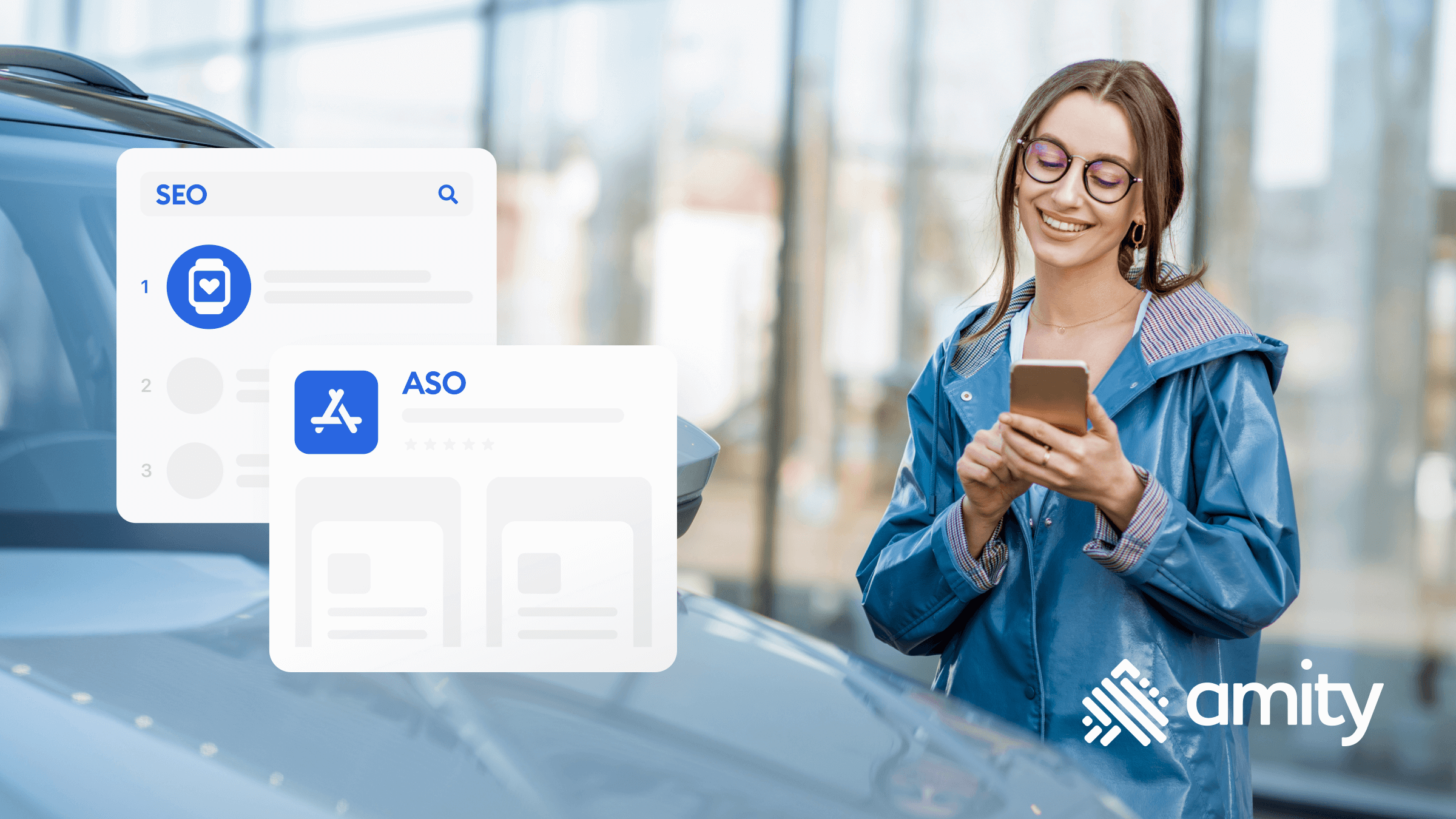 SEO vs ASO: What's the Difference for App Success? 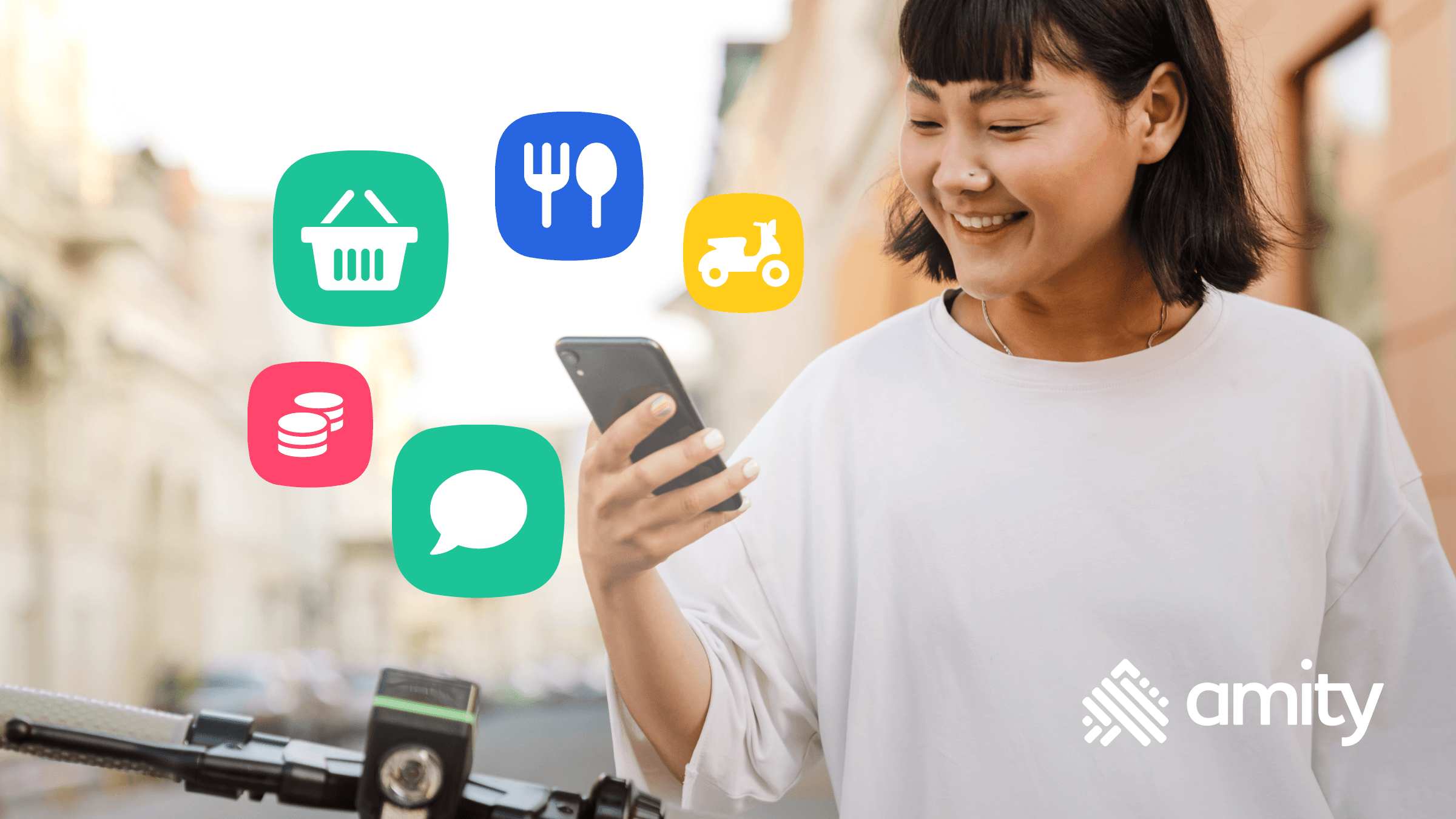 5 popular super app features to make your app stand out 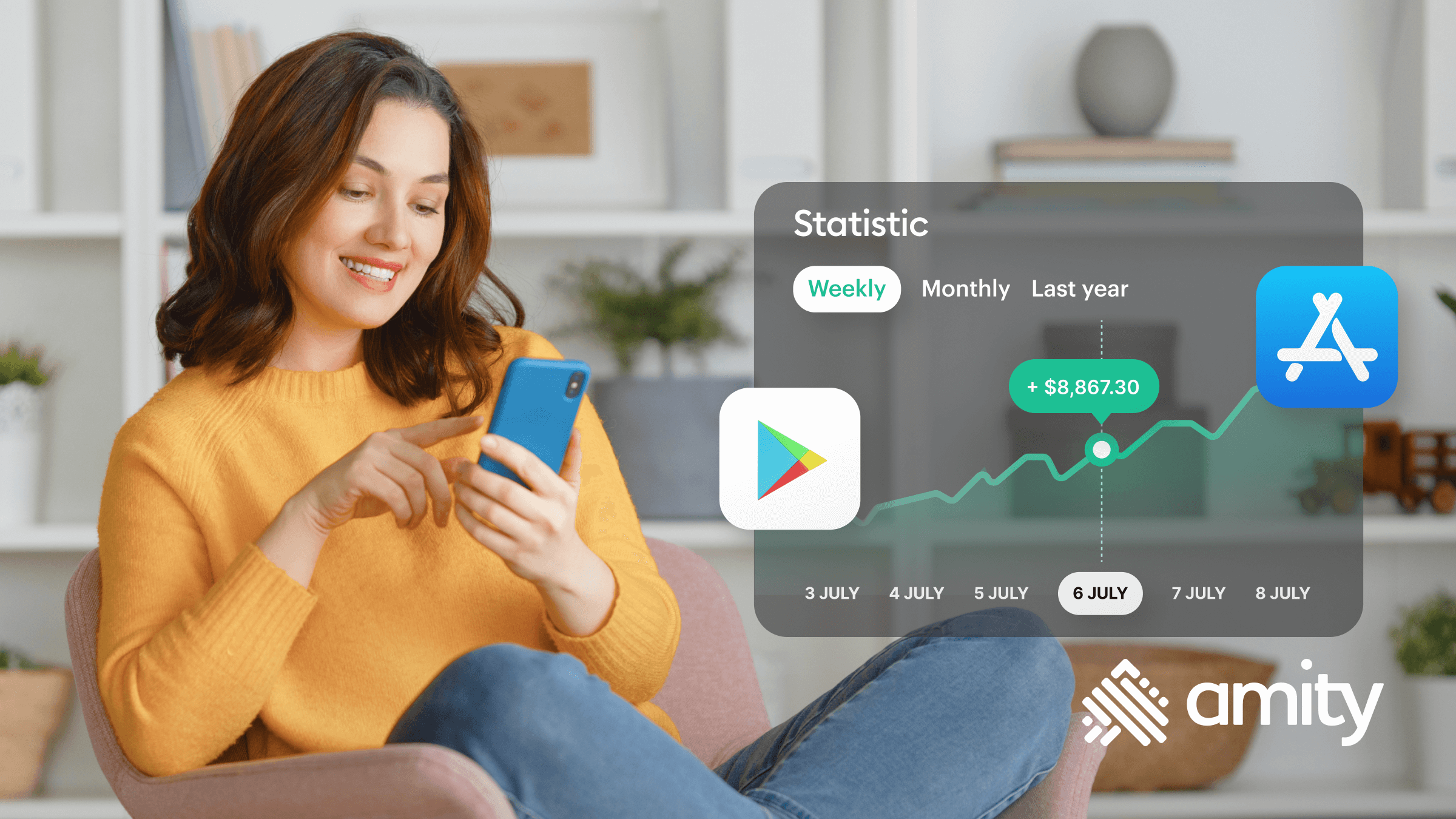